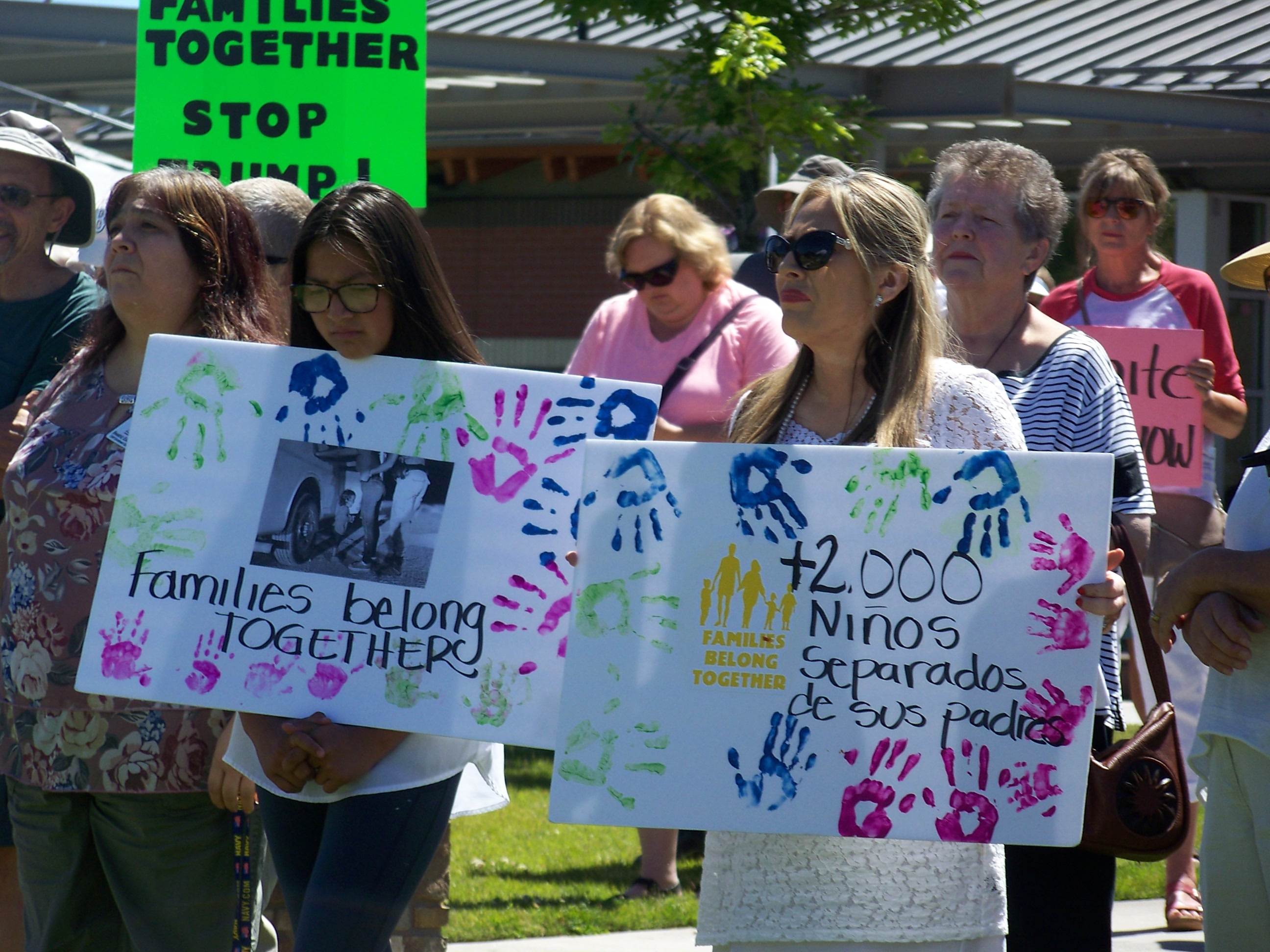 Some 150 people gathered in the brilliant sunshine at Redmond’s Centennial Park on June 30, greeting each other with signs in their hands and sorrow and anger in their hearts. What brought them together was news that far away on the United States-Mexico border, the U.S. government was yanking migrant children, mostly from Central America, away from their parents and locking them up separately in detention center
“What happened to the notion of what the Statue of Liberty stands for?” Oscar González, program manager for the Latino Community Association (LCA), called to the crowd. “This country is aligned with traditional Christian values, from scripture, of loving the stranger, feeding the hungry and protecting the weak and vulnerable.”

“When was seeking asylum 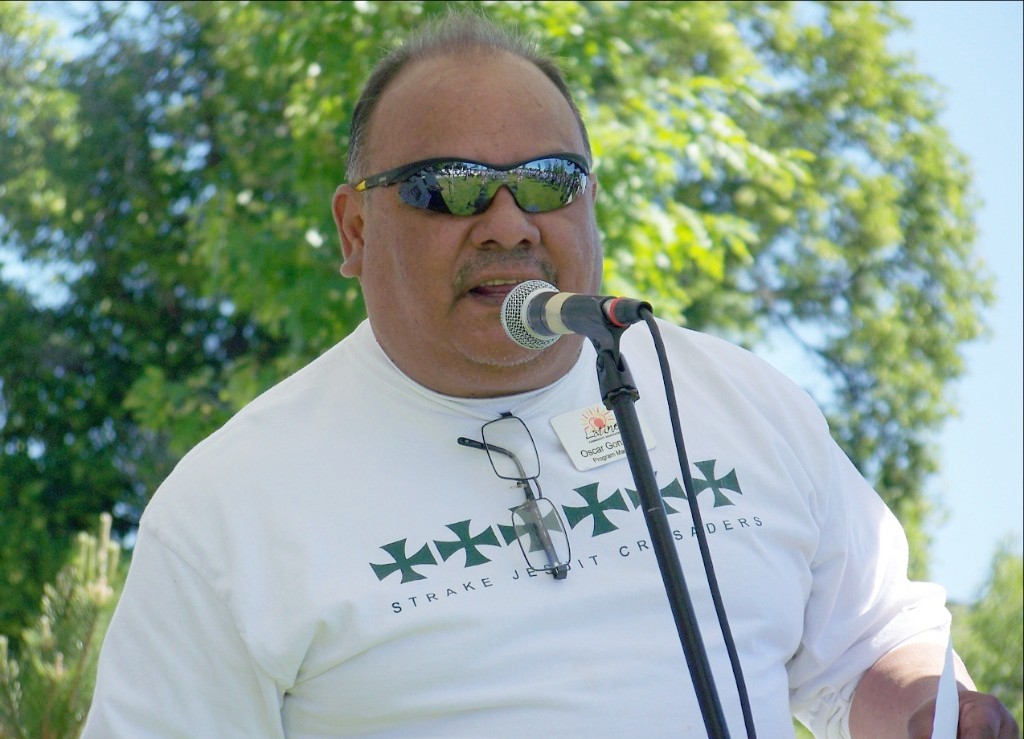 considered a crime?” González asked. Forced separation of families echoes back to slavery and the Holocaust, he said. “There is no long-term plan for reunification (of migrant families) and that’s why we’re here.”
The crowd listened to music from the duo Two of a Kind and chanted together as 12-year-old Ariana Garcia led the rhythmic slogan, “El pueblo unido jamás será vencido! (“The people united will never be defeated!”) Then they stood in hushed silence as Ariana’s mother, LCA enrollment specialist Hilda León, played a recording of wailing children, reportedly from a Border Patrol station where agents had taken their parents away.

“Papí! one child shouted over and over, pleading for his or her father. “It’s an orchestra,” joked one agent as the children sobbed. People in the park listened quietly and some were moved to tears.
“Explain to me how separation of families is going to make America great again,” León said.

Eileen Kiely, Democratic candidate for State House District 53, said Americans were concerned about the large numbers of people coming across the border to ask for asylum. That worry ballooned into a government crackdown on migrant families and more anti-immigrant hostility. 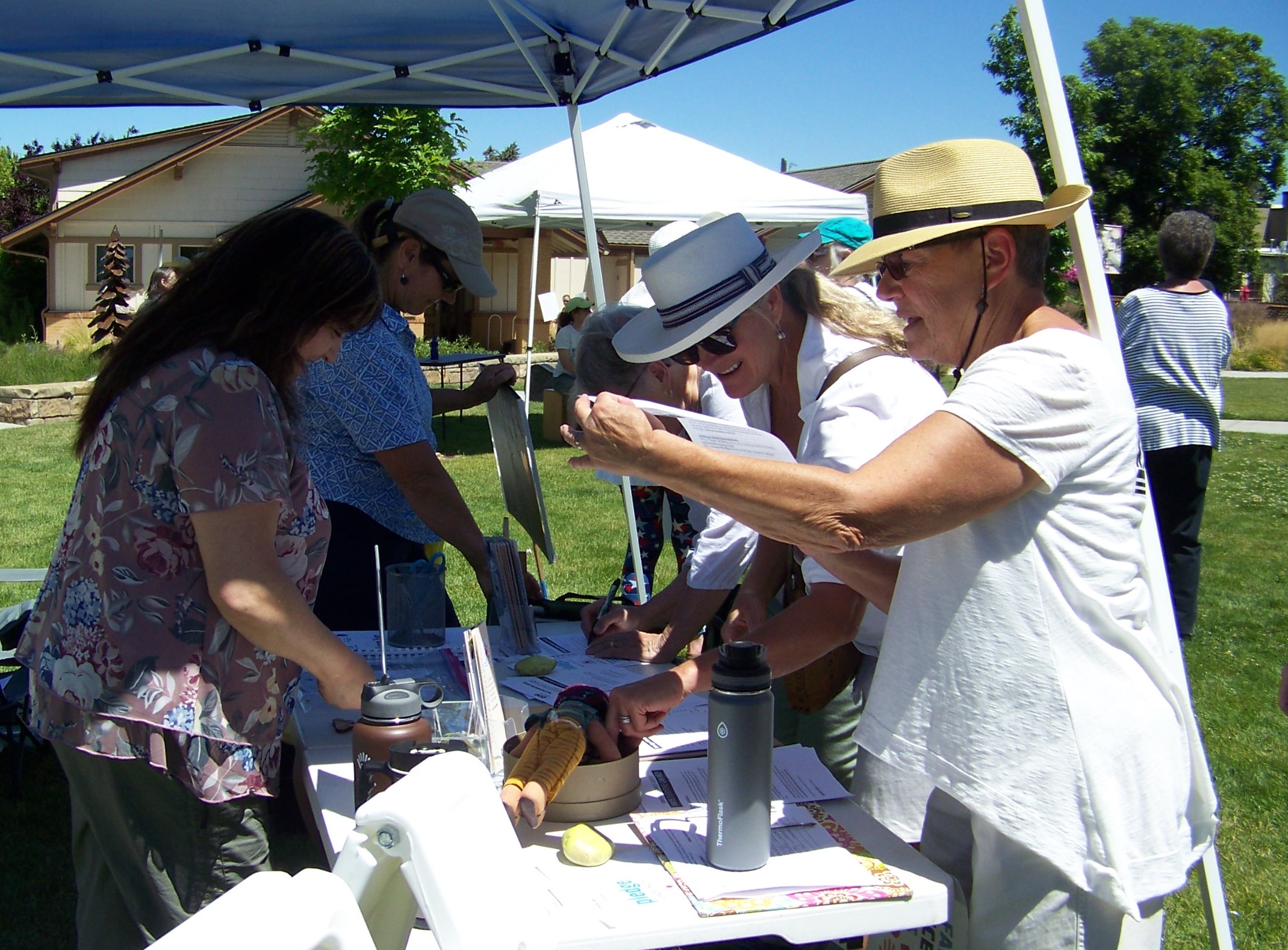 Enrollment specialist Beatriz Escobedo chats with visitors at the Latino Community Association table and encourages them to advocate for their immigrant neighbors.

“When you see anger, when you see hatred, you are seeing fear,” Kiely emphasized. “Our political capital is hope.”
LCA volunteer Gloria Olson held up a voter registration form and asked people to take their opposition to Trump’s “zero tolerance” policy to the polls in November.  “Is your voter registration current?” Olson asked. She described the act of voting as “our most important public service.”

Redmond resident Tanya Beard organized the rally as part of a nation-wide “Families Belong Together” protest against the Trump administration’s policy of separating migrant families.  She read strong messages of support from Oregon’s Democratic senators Jeff Merkley and Ron Wyden. She said she sent a message to Republican Congressman Greg Walden, who represents central Oregon, asking him to halt deportation of parents until they can be reunited with their children.
“If we want to be united as a country, we need to start here,” LCA 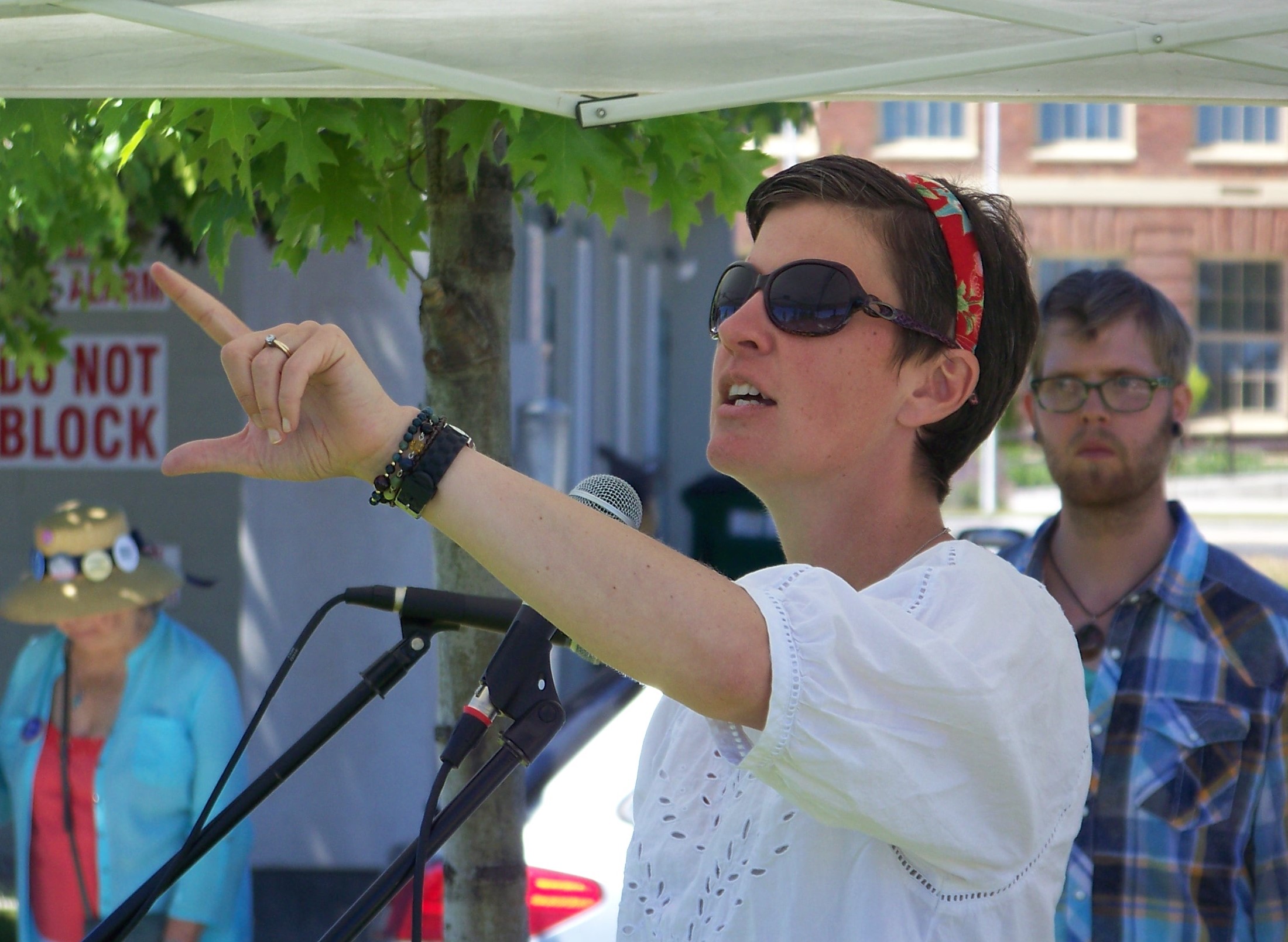 Executive Director Brad Porterfield told the audience. He appealed for civility when talking with those with differing opinions.  A man standing by his child’s stroller with a sign reading, “Only monsters put babies in cages,” shouted that you couldn’t stop injustice by being polite.
“I heard a couple of jabs at Republicans,” Porterfield responded. In standing up against hatred and injustice, “we gotta reach out, reach across and embrace everybody, regardless of label.”