If you live in central Oregon, are low-income, and need immigration advice, you have few options other 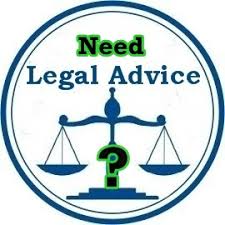 than private lawyers, said MariRuth Petzing, an attorney with Immigration Counseling Service (ICS), headquartered in Portland.
“There is no nonprofit legal service (for immigrants) east of the Cascades and we’re trying to provide that service,” said Petzing, supervising attorney in ICS’s Hood River office.
Petzing met with five people on June 25 at the Latino Community Association (LCA) in Redmond, a monthly trip to central Oregon that ICS began making in December 2017. So far, through this partnership, the attorneys have seen at least 75 clients with a range of legal issues including deportation proceedings, petitions for family members to immigrate, victims of crime in the U.S. and survivors of trafficking.
In June, LCA received $20,000 from the Oregon Immigrant and Refugee Funders Collaborative  to support this expansion of ICS’s legal services.
“There are no fast solutions with immigration (cases),” Petzing said. The federal immigration court in Portland has a three-year backlog of cases. The wait can leave someone facing deportation on needles and pins. “For many people, there is no way in the law for them to apply (for legal status),” Petzing said.    Ironically, some of these people can apply for legal status only when they are facing deportation, a difficult process based on extreme and unusual hardship to their family.
She also sees people with DACA (Deferred Action for Childhood Arrivals) status who are now on shaky ground since President Trump cancelled the program in September 2017. One client, married to a citizen with U.S-born children, is trying to become a legal permanent resident, Petzing said. Another is a longtime resident who wants to become a citizen, but the 20-page application is daunting.
“It’s critical to get good legal advice,” Petzing emphasized. Sometimes, people fall victim to groups that advertise: “We can get your papers,” Petzing said. “They can’t.” Not only does the client lose money, but family members could be permanently separated.
Lisa LeSage, executive director of ICS, accompanied Petzing to Redmond. Founded in 1978, ICS serves low-income Oregonians, victims of human trafficking and unaccompanied minors held in immigration detention, she said.
“It’s really important to have an immigration system that’s based on fundamental principles of human rights and not politics,” LeSage said. “Our immigration system has long been skewed to favor the white immigrant. Most of our ancestors arrived here without going through an arduous process, nothing like what we put people through today.”
The partnership between LCA and ICS provides a needed service in Central Oregon where low-cost immigration legal help is difficult to find, said LCA’s Executive Director, Brad Porterfield. “The demand was definitely not being met.”    LCA addresses this gap in services by making referrals, helping interpret forms, translating vital records, providing citizenship classes, and outreach and education. The organization has partnered with private immigration attorneys for years, but on a very limited basis, Porterfield said. “A consistent, ongoing partnership with ICS will have a huge impact on our families.”
Unfortunately, under current laws, most clients are not eligible to adjust their immigration status. But there is a silver lining. “(Although) we haven’t finished a single case in central Oregon,” Petzing said, “I represent people in removal proceedings and they’re still here.”